skip to main | skip to sidebar

GMC takesover Daewoo Motor of Korea with its immaculately clean and modern plant and immaculately clean industrial workers. So 80% of European Chevrolets are manufactured in South KIorea. Then GMC phases out European Chevrolet operation because Europeans don't like immaculately clean Chvrolet made by immaculately clean Koreans. Europeans like dirty European cars smeared with cheese and butter and mustard and wine and sard...in and German Siemen and French Semen.
GMC brings in a woman CEO into the decaying town of Detroit which is reverting to its original wild frontier town with street full of pot holes and pot somoke and trash and garbage and gangsters and pimps and thieves and murderers and drug pushers and gospel preachers and politicians and social activists and single women with too many kids.
Hyundai opens a new manufacturing plant in Russia surrounded by happy smiling Russians, Vladmir Putin among them. They are now going to quit drinking vodka and start screwing their wives and girl friends so that they can produce make more little Russians to fill the back seat of Hyundai Sonata and Sonatinen and Partita and god awful Rhapsody. This is more interesting than watching a boring a porno action adventure reality boom bang shit man we shall overcome TV drama.
Posted by suchoon at 4:59 PM No comments:


The US State Department policy of depending on China to influence the foreign and military policy of North Korea is based on an old obsolete understanding of Ko...rea as a tributary nation of China. This is called "Sadae Doctrine" in both North and South Korea, and regarded the root cause of demise of Yi Dynasty of Korea. The best and more realistic approach for the US is to scrap the Six-Party Talk (US, South Korea, North Korea, China, Japan, Russia) to dismantle nuclear wqeapon, and replace it with Three-Party Talk (US, South Korea, North Korea), and keep out Russia, China and Japan. Late Kim Il Sung told President Carter that blood is thicker than ideology and that anti-American public rhetoric is for the internal consumption. It is becoming more likely that South Korea and North Korea may take a joint military action against Japanese military expansion. Negative opinion against Vice President Biden who seems to put the US support on Japanese side, is beginning to surface among the opposition party members in South Korea. The conservative government of Japan is using the territorial dispute with Korea and China over two pieces of rock piles in the ocean to distract poublic attention away from Fukushima nuclear disaster, chronic economic stagnation, and to launch re-armament of Japanese Navy with offensive capability. In response, South Korea is producing more Aegis-class destroyers with anti-missile capability. China's major interest is to keep Korea divided as a geopolitical buffer zone against Japan and the US. For this reason alone, China will not tolerate unified Korea. Does the US understand this? Judging by what Vice President said and did, I am not at all sure. In 1950, China made it clear that China will intervene militarily if the American troops crossed the 38th parallel, indicating that if South Korean troops only crossed the line China would not intervene. The US crossed the line anyway and China intervened. A good proportion of population in Manchria are ethnic Koreans. They fought in the Korean War as a part of North Korean Army, not the Chinese Army. With the constant fear of revolt by Tibetans, Inner Mongolians and Turks, the ethnic stability of Manchuria should be a concern of China.
Posted by suchoon at 12:11 PM No comments:

in the middle of the desert
there is a kingdom

in the middle of  the kingdom
there is ia casino

in the middle of the casino
there is a chapel

you are in the desert
fuck your way into the kingdom

you are in the kingdom
fuck your way into the casino

you are in the casino
fuck your way into the chapel

you are in the chapel
fuck yourself

you are in the paradise
nowhere else to go 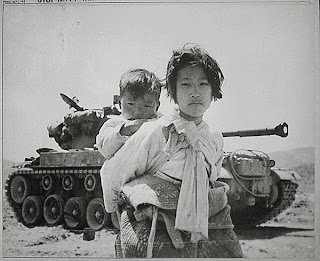 Posted by suchoon at 4:04 PM No comments:

Time To Go Home
the last train did not leave
it was many years ago
the bullet riddled engine rests
only rusting in mute silence
why are you still waiting
alone in this empty station?
you died here that day
it is time to remember
it is time to go home

On Food Taboo and Food Fad


On Food Taboo and Food  Fad


Now even the US federal government got on the band wagon of food fad and food taboo. Kosher! In South Korea, life expectancy doubled in two generations. To the dismay of the government bean counters, Koreans live too long, eating up ever greater proportion of national budget. How about veterans? During the war, many 2nd Lieutenants had the life expectancy of less than one hour in the war. Now veterans, thanks to absence of shooting war, seem to live forever, collecting all kinds of benefit. Why don't they just drop dead ast age 60? In a way they do. The suicide rate among the older people are escalerating, and it is difficult to say whether the government is sad or happy about it.

Both Russian and American scientists, following the direction which Pavlov pioneered, know quite a lot about "Interoceptive Conditioning." American scientists prefer the word "acquired taste aversion." A rat drink milk before it is injected with malaria toxin. The rat gets sick. After the recovery the rat refuses to drink milk. A similar thing happens to cancer patient when they go through chemotherapy. Eat ice cream then get a chemotherpay. He gets sick. After the recovery, the ice cream taste horrible. It is usually one-trialo phenomenon. Very few studies have been don using stress instead of sickness in interoceptive conditioning, although we know that food taboo is not only tied to illness and pain but also to street. We have what is known as "General Adaption Syndrome" discovered by Hans Seyle, an endocrinologist.
Our culture, under the banner of Darwinian evolution, glorify adaptation as something good and even holy. A man struggles through all kinds of strees and finally become rich, have a sex with a beautiful princess, and rides into the paradise.

So, please do not eat for the reason of health. I don't live to eat. I eat to live.
http://www.vegsource.com/news/2013/06/dont-go-vegetarian-or-vegan-for-health-benefits.html
Posted by suchoon at 1:27 PM No comments: